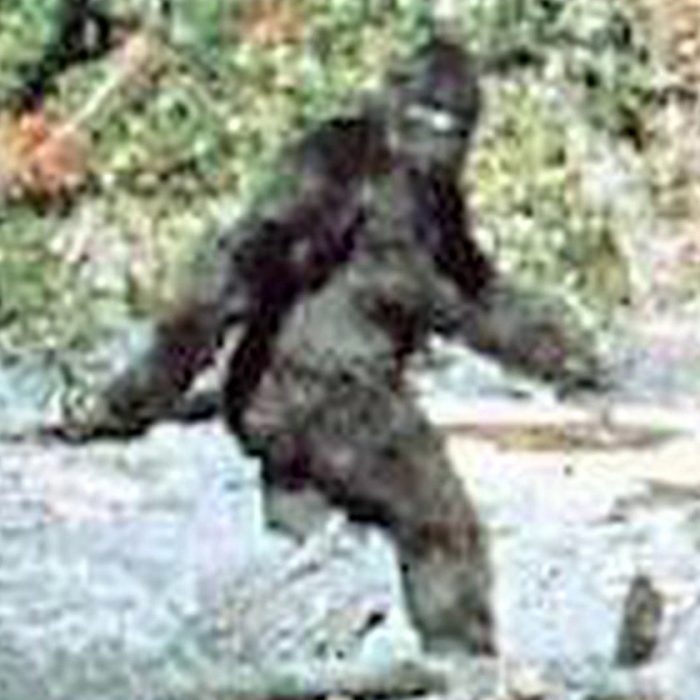 Episode 87: To Cryptid or not to Cryptid

Seize the GM
Episode 87: To Cryptid or not to Cryptid

So the idea of cryptids is not a new thing. Here in America, they go back to the colonies and include figures like Springheel Jack, Bigfoot, Dogmen, and the Jersey Devil. So how do you use these figures when running a game or designing a campaign? Are they just a simple myth or are they a true feature of locations. Cryptids worldwide include the Bunyip in Australia, Dingonek in Western Africa, Igopogo in Canada, Chupacabra from Puerto Rico, Mongolian Death Worm from (you guessed it) Mongolia, Mothman from West Virginia, and the Loch Ness Monster from Scotland to name just a few.

Cryptids enhance a world and can be used in distinct ways – a lot of fantasy creatures are cryptids.  That is the legendary creatures that are called cryptids by cryptozoologists have been used in fantasy gaming. Maybe you have one that is real and the rest are fake or maybe your world has them all. This can add to the urban fantasy or distorted future setting you play for something as simple as a single use shock effect or maybe …. Something more.  What do you want them to illuminate about your world?

What creates them is another question that you can have a lot of fun with when playing or running a game.  If the Cryptids are natural, that says one specific thing about the world, but if they are unnatural then you have to look at where they come from and what creates them.  Each answer allows you to unravel another mystery of a world or lets you put the players on the track of a mystery or power in the world that may be the basis for your entire campaign.

You go out to check your strawberry patch sine when you checked yesterday it was almost time. You turn the corner of the house and your patch looks like it has been trampled by a horse. The problem there is you don’t have a horse and none of your neighbors do either. As you get up to the patch you see that all the ripe berries are gone eaten down to the stem. You are not sure how would eat then down that far. People don’t, that’s for sure. No animal you have heard of does either and it is still early in the morning. Then you see it in the soft dirt a human sized paw print from what looks like a cat. If only you had known one was in the area you never would have grown strawberries. Now if you want to keep the bad things from happening you will have to do grow them again and this time more than before.

Those few that have seen one have been amazed at how cute they are. About 4 feet tall and they look similar to a cat if a cat where to be bipedal. The coloring of the fur is usually black with a spot of white near the tip of its nose. Some though say they are calico and the front paws are close to hands but bigger then is right for their size. And the face instead of a cat’s mouth it is much closer to a human looking mouth with teeth like we have. And you can tell when one is near because all the cat’s in the area will disappear only to return once the Juba was moved on to the next big strawberry patch.

To the waters and the wild

With a faery hand in hand,

For the world’s more full of weeping than you can understand.

The world is rather grim, isn’t it.  It’s such a dark and dreary place. Filled with hatred and violence.  Corruption and lies. Sickness and death. Hope is such an oddity in this day and age.  As is its companion, optimism. They are so rare that their very existence is viewed with skepticism on a good day, outright hostility on an ordinary day, and on the darkest of days it is seen as something to be outright annihilated.

So why does hope persist?  Why does optimism still doggedly refuse to disappear?  And even more of an enigma, how do both still seem to pop up in the strangest of places?  Places of disaster and illness and of strife?

Seems that this type of world was anticipated long ago.  The fair folk. The dream walkers. Guardian angels. Totems and spirit animals.  They all knew the darkness that mankind could propagate. But they also saw the potential mankind had for great acts of selflessness and compassion.

So they all worked together.  To create a kind of emotional morphogenetic field of sorts.  Based in the dreamtime, arcadia, heaven, and the hunting grounds.  Crisscrossing all realms of fancy, both light and dark. This network connects to the human world in the one place where hearts of man are laid bare.  Where those who truly lost all hope but dreamed of a better place would resonate with the dreams of those who still had some will to fight. Where the primal screams of defiance and glory would stir the hearts of tired souls.  Where those about to surrender to the darkness stop and hesitate.

The field reacts strongest with the hearts and minds of the young.  You see, children often can see what is really there. The other worlds.  They see the threads of the field. And with a heart without fear and doubt, grasp at them.  The last vestiges of the unseen shepherd these children as best they can. Keeping them safe as they explore and experience.  Protecting them from the ravages of hopelessness and complacency. The children that go through this experience with their mind, heart and soul intact become lightning rods for the fields energy.  Humankind’s unconscious wish for something better made manifest.

These children become the jolt that can rouse humanity from its apathy.  They influence others around them in so many varied ways. From a grade schooler simply standing up to a bully who is terrorizing that “weirdo” classmate.  To teens and young adults writing the anthems of rebellion and righteous fury to stir hearts and minds. To the rare elderly who offer counsel and comfort and warnings, gained from decades of experience.

Unfortunately, the stronger the light, the deeper the shadows.  And they do shine so bright. The darkness is both empowered and weakened by their existence. The shadows are less in number but so much sharper.  And the dark is patient. Waiting till victory is assured before they strike.

But the light never completely fades.  It becomes part of the field. As stories, as songs, and as memories.  Inspiring the next generation to raise a fist in defiance and not go gently or quietly.

At dawn of the year, hungry for one.

To hunt the young, the stray.

Bound by white and a face you know, it stalks.

It knows the dead, their lies, their loves.

The taker speaks, and the world obeys.

In trails between wood and field, it seeks.

Give what it asks, your life you’ll keep.

(I, uh, might have written a piece of flash fiction to go with this)

A slim bedazzled case slips onto the counter.  It’s definitely going to be one of those sorts of nights.  Ever since you were hired by Tachyon Developments, and given the tablet so expertly sheathed in what can charitably be described as the leftovers of the 1980s, life has gotten stranger by the minute.  The pay is good, and lets you cover the costs both rent and this condo to be closer to work. It’s just a lot they ask you to do.

As you crack open a cold bottle of water, you wonder whether you should see a doctor; the world seems brighter and the colors don’t seem in focus right now.  What you wouldn’t do for a couple of days off to rest and recover. But its okay when you are busy and doing the work, though it often seems to be nothing more than a glorified and highly paid go-fer gig.  If this is it, well it isn’t too bad. Tomorrow will be another day and another paycheck, right?

Something seems strange when you wake up.  The alarm on your cell phone hasn’t gone off.  The birds are actually chirping. No, wait, your cell phone doesn’t show any service?! When something hits the door of your condo you almost jump out of bed … and pull back the door to see a Newspaper? You didn’t subscribe to any newspaper, but you may as well see what it … what it ….

Definition of lupine (Entry 1 of 2)

: any of a genus (Lupinus) of leguminous herbs including some poisonous forms and others cultivated for their long showy racemes of usually blue, purple, white, or yellow flowers or for green manure, fodder, or their edible seeds

Definition of lupine (Entry 2 of 2)

First Known Use of lupine

14th century, in the meaning defined above

1660, in the meaning defined above

History and Etymology for lupine

Zendead- Dark Crystal Age of Resistance – This is so good and it feels like the prequel we wanted and that we have waited these many long years. The fact it is the kids of Froud and Henson means they truly get what this story means.

Joules-Octoberpod – Probably the weirdest, creepiest show on youtube.  It is a collection of creepy stories about things that feel tangentially possible or at least probable.  Stories of the creepy, told by those that experienced them. Or descendants of those who did

nulloperations- Infinity Train – This mini-series offers an interesting way to handle episodic content for an RPG series. A quest/literal hero’s journey style show, it offers the chance to have whimsical fun while sinister creatures lurk on the edge of the train car. Could easily fit comfortably in any storytelling system as the show focuses more on thinking, talking, or running your way out of trouble, and not direct combat confrontations. Very Whovian.

Guard-a-Manger- The Secret Saturdays – a Short Lived but intensely fun show about a family of Cryptids and Cryptozoologists out to protect the cryptids from the world and from ne’er-do-wells the world over.

Find us on Patreon

Liked it? Take a second to support Zendead on Patreon!